Club Penguin’s new pin is out! As a result the Red Nose Comedy Pin is no longer at the Coffee Shop. The new pin, the Rainbow Puffle Pin, can be found at the Beach. This is Club Penguin’s sixth pin of 2013. The last pin to be hidden at the Beach was the Puffle Bat Pin back in October 2012. As of this new pin a total of six pins have been hidden in this particular room. 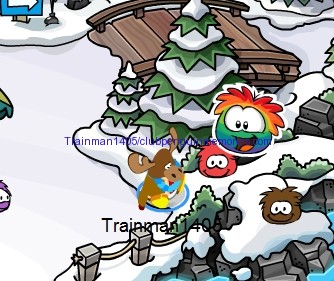 Also, there is a bug where the pin from last month, the Golden Statue, is back at the Mountain! For the time being you can get it, so if you don’t have it, be sure to get it while it’s there! UPDATE: Club Penguin removed it.